Part three of a series of principles based on Jeff new new book, Teen Suicide: The “Why” Behind America’s Suicide Epidemic. 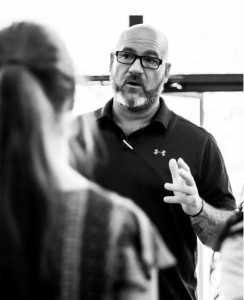 We can no longer sweep mental illness under the carpet…

Teen suicide and the opioid crisis are crippling communities on a scale we have never seen. We have major issues on our hands that point to an underlying component of mental illness – and if the stigma surrounding mental illness leads to under-reported suicides, who is to say that an overdose isn’t a suicide? A death certificate might attribute the cause of a death to suicide, but oftentimes we have no idea about intent.

According to USA Today, more than 175 Americans die daily of drug overdoses – which is greater than the number of teens to make the forever decision to take their lives.

What do we do, then? Can we sit idly by and hope the government will step up and do something, or can we empower ourselves by coming up with our own solutions…

Coming up with the answers ourselves seems like a much better idea.

We all need to step up, and that goes double if we are parents. We need to be present – ready and willing to talk about the issues facing our kids in this complicated world. 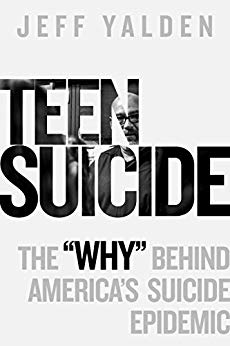 The World Health Organization (WHO) estimates that some 300 million people worldwide are affected by depression. That number proves that depression is the most common mental health issue – and depression can be the catalyst that leads people to suicide.

Depression falls under the umbrella of mental illness – and if any diagnosis related to mental illness is ignored or left untreated, a quality life of joy and happiness could be very difficult. Is this you?

Suicide is the tenth leading cause of death in the United States, according to the American Foundation for Suicide Prevention. Approximately 44,000 Americans die by suicide every year. One person out of 25 who attempt suicide will succeed.

As if the above heartbreaking statistics weren’t enough, suicide takes a heavy toll on the national economy. The Education Development Center at Brandeis University cited research putting the national cost of suicide at $58.4 billion based on reported numbers alone (much of this represented by lost productivity) – but determined that the cost has been significantly underestimated.

“The researchers calculated that the annual public cost of suicide attempts and suicides in the United States is approximately $93.5 billion—nearly twice previously thought. Their study appears in Suicide and Life-Threatening Behavior, the official journal of the American Association of Suicidology.”

Our teens are suffering, and the number of teen deaths by suicide is rising. It is truly a public health crisis.

Paying close attention to teen mental health is the new normal for us. We – parents, teachers, school staff, coaches and administrators – need to accept this and understand the responsibility we all have.

To find out more about The Jeff Yalden Foundation, go HERE.

ORDER your copy of Teen Suicide: The “Why” Behind America’s Suicide Epidemic.