By now, any self-respecting freelancer, author, entrepreneur or small business owner should have a website. That’s old news, and there is simply no excuse for not having a clean and functioning website – especially given the DIY tools and services out there and available to everybody. From WordPress and Squarespace to Weebly and Wix, the options abound, to say nothing of the comparative ease and relative economy of having one built now by somebody else.

But within the next three to four years, self-publishing expert Ray Brehm predicts that books will be just as important for the same reasons.

“You are going to see that having a book is going to be a minimum requirement to be a credible personality or business. You will want to get on this,” he said.

Brehm is the coach behind the successful launch of motivational speaker Jeff Yalden’s Amazon bestseller, BOOM! One Word to Instantly Inspire Action, Deliver Rewards, and Positively Affect Your Life Every Day, and his books include three Amazon bestsellers – Author Your Success, The Author Startup and The Soul of Success, Volume 2 with Jack Canfield.

He is also the founder of Dauntless Prose – a service that focuses on helping entrepreneurs write and publish their books.

Brehm is on deck in episode seven of The BOOM Podcast – speaking to Jeff from his home in Phoenix, Arizona.

This episode starts with a discussion of why folks who want and need to write a book are still putting it off.

“I think a lot of people have it in their heads that it’s this ultra-complex process or you need a publisher, and all these myths that are out there. Really, we are in this world today where it is easier than ever. If you take, as you say, the BOOM – and go forward and do it, you can get it done,” Brehm said.

Brehm added that he wanted to write a book for 20 years, but he kept postponing and procrastinating – telling himself he didn’t have the time to learn about publishing and giving in to the fear of failure, or worse – the fear of becoming successful and others then taking pot shots at him.

“All these things are myths,” he said. “A lot of this is just camouflaging this fear of the unknown – and it’s really not that difficult. There are a lot of moving parts and a lot of ways to do things – but in today’s environment, self-publishing is like the Uber of book publishing. You can bypass everybody. There is no middleman. And you can go out there and publish your book this weekend.”

In the You Economy, the gatekeepers are gone.

The big publishing houses are still there, of course, and many people are still hoping for a traditional book deal. Perhaps that’s because of the notion that making the New York Times Bestseller List is the pinnacle of publishing success.

Brehm concedes that there is still some prestige involved – but what’s the trade-off?

“There is probably some reach that you could get to on the New York Times Best Seller List, but the truth is that a lot of these publishers now not only want to see your manuscript, but they want to know how many people you can market to. To me – that’s the job of the publisher, right?”

The idea, Brehm said, would be that if a person snagged a traditional publisher, it would be on that publisher to spread it out worldwide and get it sold.

He went on to use BOOM as an example.

“Let’s say you wanted to change your cover of BOOM to green today. You could do it in 24 hours. If you have a publisher, it might take you 18 months just to do that. In today’s day and age where we are cutting out middlemen – we’re empowering people to do things like this,” he said.

It all comes down to control, and for Brehm, there is no better way than self-publishing.

In February, Yalden had a dream: He wanted to write an Amazon bestseller.

“I’ll never forget that day. I did the work. I was up in Canada and staying in a hotel room. I went to a local Walmart, bought some poster board and started mind mapping,” he said.

Mind mapping is a practice where all ideas on a certain subject are thrown onto paper – without thought of any particular order – a mind-dump, per se – a visual record of concepts, thoughts and ideas that can later be organized into a book or a given project.

From there, BOOM was born – and after a process of writing, rounds of editing and design, Yalden turned to Brehm for the next step – the successful launch.

“You want to write a book? Get off your ass and start writing it,” Yalden said. 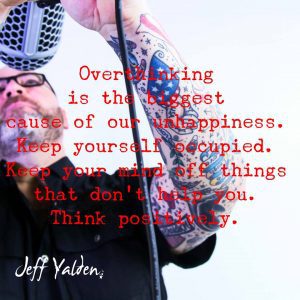 This episode of The BOOM podcast contains everything you need to know to get started in self-publishing with actionable steps.