I WILL NOT LET THIS BRING ME DOWN! 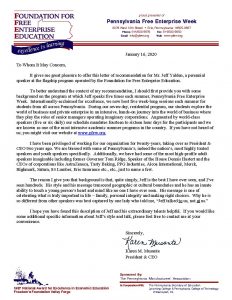 “Jeff is the best I have ever seen, and I’ve seen hundreds. His style and his message transcend geographic or cultural boundaries and he has an innate ability to touch a young person’s heart and mind like no one I have ever seen. His message is one of celebrating what is truly important in life – family, personal integrity and making right choices.  Why he is so different from other speakers was best captured by one lady who told me, ‘Jeff talked to us, not at us.’” – Karen Musante, President, PFEW

Hello, my friends. Jeff Yalden here.  I’ve got something that continues to weigh heavily on my heart, and I appreciate the opportunity to share my thoughts and feelings in this forum. It’s my hope to alleviate any hesitation a community might have in bringing me in. 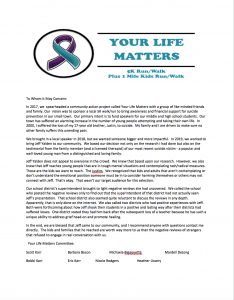 “Our school district’s superintendent brought to light negative reviews she had uncovered. We called the school who posted the neagtive reviews only to find out that the superintendent of that disctric had not actually seen Jeff’s presentation. That school disctrict also seemed quite reluctant to discuss the reviews in any depth. Apparently, that is only done on the internet. We also called two districts who had psotive experiences with Jeff. Both were forthcoming about how Jeff shook their students in a positivbe and lasting way after their districts had suffered losses. One district state they had him back after the subsequent loss of a teacher because he has such a unique ability to address grief head-on and promote healing. In the end, we are blessed that Jeff came to our community, and I recommend anyone with questions contact me directly. – Your Life Matters Committee: Scott Karr

I started speaking professionally in 1992, and what a ride it’s been. I am honored to work with hundreds of communities, thousands of people, and countless students. I am passionate and proud of my work, as challenging as it is, and I’ve had nearly three decades’ worth of positive feedback. I value my reputation, and what this one community has put me through is truly one of the worst experiences of my life.

If you know anything about me, you know that I’m a very transparent kind of guy: I am diagnosed with depression, bi-polar type 2, and PTSD. I’ve always been honest and real because I know that earns trust and respect from my audiences. The reason I’ve been able to connect with so many directly relates to my personal understanding of how broken they feel, what they are going through, and where they’ve been emotionally and/or physically. What I do is delicate. There is no “one size fits all” rule book on how to help people release emotions, have a better understanding of mental health, or prevent suicide. Sometimes I’m called in to offer support to an existing system, but most often, the communities I visit recognize that something needs to change. I am commonly asked to “shake things up” in order to help families. In order to save lives.

Over the years, I have been commissioned to address situations that most of you cannot comprehend. I am proud to say that I know I’ve helped people. I know I have saved lives. And every single life improved or saved is a blessing to me. This is my life’s calling. There is so much more that I want to do. There is so much more that I need to do. By accepting this challenging task, this career of speaking about mental health and suicide, I’ve ruffled some feathers. These are delicate topics. More than once, I have been the recipient of criticism. The topic of mental health alone can trigger feelings for anyone not ready to talk about it. For every disparaging remark, I’ve had hundreds of positive comments. Hundreds. Yet isn’t it human nature to focus on the negative?

“Jeff and I went on tour to the four school districts. I was there to witness every presentation and the majority of each interaction with the students. I was fortunate enough to spend 5 solid days with Jeff. Our suicide prevention team heard no complaints after the five days of presentations and consider him to be an asset to our continued efforts in reducing suicide.” – Laina Jackson, Clearfield-Jefferson Suicide Prevention Team 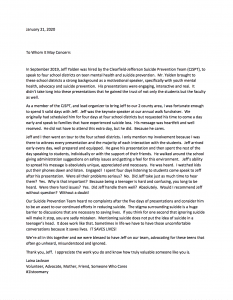 In May of 2019, I was called into a community in Wisconsin. In discussing the needs of the students and staff, a schedule was created for my visit. I always cater my presentations to the specific requests of the school or community, and this district visit was no different. The day started with a morning meeting with the school’s administration; several of them said (repeatedly) how excited they were to have me and how desperately their students needed to hear my message. This particular event took place in a high school gymnasium with approximately 2,000 students in attendance.  Considering the delicate nature of the topics I discuss, I deem it essential to have all students on one side of a venue, but unfortunately this gymnasium did not provide this. I am an animated, confident speaker; I am passionate about my message. I am not someone who stands in front of a lectern to convey a message or present a canned, fabricated talk to teens. I prefer to make eye contact; I prefer not to have my back to anyone in my audience; I prefer to face my audience, the entire audience, so that I can gauge their reactions and determine how I can best make a meaningful connection with them. However, on this particular day, I had 1,000 students in bleachers on either side of me. Still, I considered it to be an excellent talk.  I was with those kids for nearly two hours, and during those two hours I had no idea that a firestorm was brewing. I learned hours later that one of the students texted her mother during the assembly. She reported that they were locked in the gymnasium for two hours and were not permitted to leave. The result? Her mother called 911 and the first match was lit. The second match was lit unintentionally by a young man with autism. This particular student was in the gymnasium that day, even though he had just been released from a psychiatric hospital. The nature of my talk was clearly communicated to the school community and attendance was certainly not mandatory, yet this fragile young man was in my audience. It was too much for him mentally; he found the school psychologist right there in the bleachers and he was concerned about his stability. He called 911. 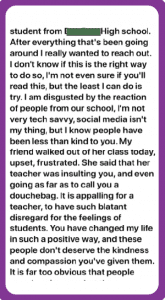 I had no idea; I moved on to the next part of my day which was working with the counselors and meeting individual students. Even though every school provides counselors for their students, sometimes it takes the stories from a stranger to bring a student’s walls down. I don’t know their families. I don’t know where they live, what church they attend (or don’t attend) – I am Switzerland. A completely neutral party… but I am someone who gets it. This happens at every school I visit and that’s the point – to get students comfortable enough to share their personal challenges or tragedies. This school was no different. After the assembly, students lined up in droves to talk to me. I had several incredible talks with students; changes were made and I’m confident that lives were saved. You know how things tend to happen in groups of three? While I sat with the school counselors listening to stories of abuse, rape, depression, and hopelessness, a third match ignited. In their classes, two teachers shared their disapproval of the assembly, openly criticizing me; one even called me a “douchebag” in class. Several students shared that they had loved the speaker, and they didn’t understand how their teachers could be so disparaging. The school administrators quickly became aware and the teachers were reprimanded, but it was too late. That third match was lit and the fire spread unchecked. The reaction to my talk in Wisconsin escalated out of control. A cyber campaign began which attacked not only my reputation, but also my personal life, my family, and my assistant. I received ugly tweets, condemning reviews, and threatening emails (many from people who weren’t even present during the event). This relentless assault via Twitter, Facebook, Snapchat, voicemails, webform submissions, and text messaging caught the attention of the local media and the school administrative team was forced 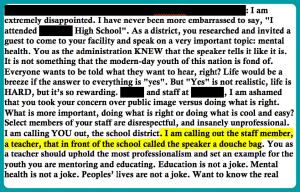 to make a public statement. 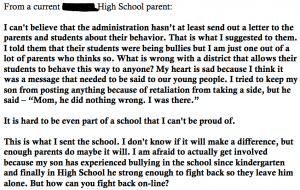 You know what’s interesting? I also received several messages detailing similar situations to mine: Scrutiny from this particular community that snowballed into fiery persecution. These letters shared a common theme – they were sent privately as the senders feared retaliation; many were anonymous for the same reason. I assure you, I acted no differently in Wisconsin than I do anywhere else.  Going into the assembly, a school administrator said, “Jeff, we need this conversation here.” The morning meeting was nothing but positive and I considered the day an incredible success. However, I learned a long time ago that certain triggers can cause teens to overreact; they might hear the words you say, but don’t understand (or don’t care to figure out) what you mean. More recently, I learned that a couple of teens who create fake Twitter accounts can cause a lot of damage. I speak to an average of 100 school communities a year and I’ve never experienced such backlash. 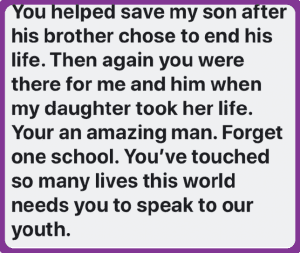 Was it the intensity of my speech that kindled disapproval? Was I overly confident in my delivery? Did I speak too quickly or too loudly? In my attempt to address both sides of the gym evenly, did I miss clues that could have helped me avoid condemnation? Not that I can think of. It was a school assembly like any other; I found all 2,000 students to be an amazing audience. If you’re going to research me, if you’re going to base your decision on my ability to help your community on a negative Internet posting, I implore you to do your due diligence. The Internet is a great tool that provides facts; one of those facts is that there are more lies than truths on the Internet. In 2018, researchers led by Sinan Aral of MIT published a study entitled “The Spread of True and False News Online” in the journal Science. They analyzed tweets between Twitter’s inception in 2006 through 2017 and concluded that “it took the truth about six times as long as falsehood to reach 1,500 people.” Six times! The study also revealed that people find lies more intriguing and therefore more share worthy. So, when you review passionate criticism (against anyone!), consider the source. Weigh the pros and the cons. What price can you put on saving even just one life? I thank you for giving me this opportunity to say something on my own behalf. My heart aches to know that my intentions were so grossly misunderstood, and my heart aches for the souls I am unable to help as a result. I also know that I strive to provide what my clients need to the best of my ability. I cannot control what other people do; I can only direct my own course. I have hundreds of videos, thousands of clients, and countless testimonials supporting my work and my reputation. And to those Wisconsin students and parents who were brave enough to message me kind words, I can’t thank you enough. Sincerely, Jeff Yalden PS – I welcome your feedback regarding this posting or my visit to your community. Email Jeff Reference Letter Brett Boggs Reference Letter for Potential Clients Brochure Teen Suicide Book BOOM Motivational Book